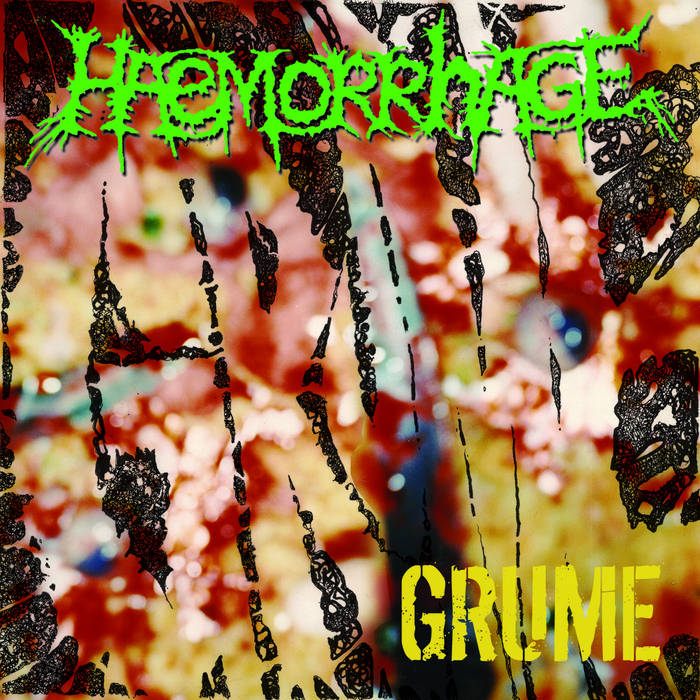 The undisputed leaders of The Second Generation of Goregrind, Haemorrhage took the influence of genre founders Carcass and took it to unparalleled levels of sickness. 'Grume,' the Spanish band's second full-length, was a revelation of revulsion when it was released in 1997; a cacophony of twisted riffs, blast beats and gargled vocals that still holds up over a decade after its release.

Influenced by the rising grind/death metal scene of the late 80s, Luisma and Jose had the idea of forming a band in 1990 that would eventually become HAEMORRHAGE. Almost 20 years and thousands of dissections later, HAEMORRHAGE continue to bring their unique blend of goregrind to mortuaries and mausoleums everywhere.

Bandcamp Daily  your guide to the world of Bandcamp